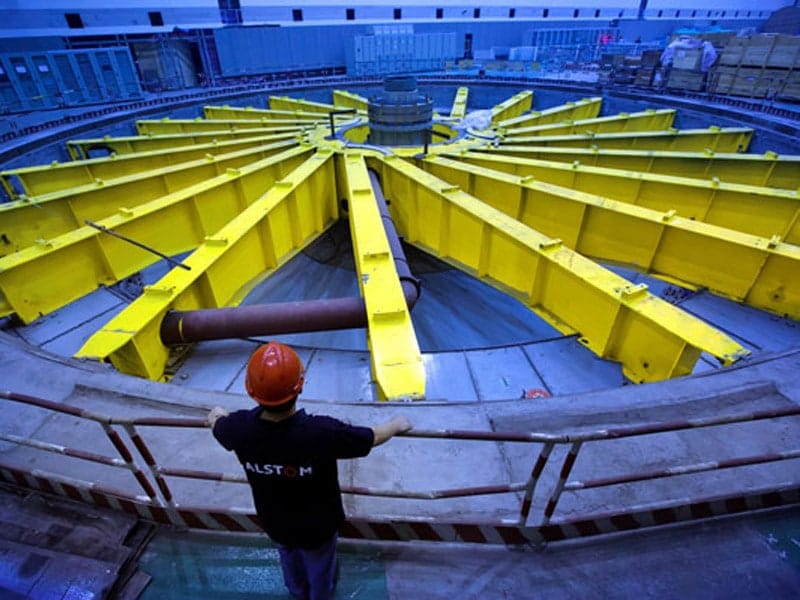 The Wudongde Hydropower Project, located in the lower reaches of the Jinsha River, between Luquan County (Yunnan Province) and Huidong County (Sichuan Province), will be the fourth biggest hydroelectric power plant in China when it comes online.

The project is being developed by Jinsha River Yunchuan Hydropower Development Company, in which China Three Gorges Corporation (CTG) has a 70% share, while the Sichuan and Yunnan provinces hold equity shares of 15% each.

The plant will have an installed capacity of 10.2GW and an annual output capacity of 38.93bn kWh. The overall investment in the project is estimated to be RMB100bn ($15bn approximately).

The Wudongde project, along with the proposed Baihaten Hydropower Project, forms the second phase of the four large hydropower projects being constructed downstream of the Jinsha River. The first phase involved the construction of the Xiluodu Hydropower Station and the Xiangjiaba Hydropower Station.

On completion of Phase 2, the four hydropower plants will have a combined installed capacity of 46,460MW and an annual electrical output of 190TWh. They will serve as one of the main sources of power to the West-to-East Power Transmission Project, a programme set up to transmit affordable, renewable power from Western China to the Guangdong province and other coastal areas.

Final approval for the construction of the project was granted by the Chinese State Council in December 2015 and the main construction works commenced in the same month.

The resettlement works under the project are mandated to be completed by November 2019, following which the river will be impounded. The project is expected to start generating power in 2020.

"The four hydropower plants will serve as one of the main sources of power to the West-to-East Power Transmission Project, a programme set up to transmit affordable, renewable power from Western China to the Guangdong province and other coastal areas."

The dam will have a normal storage level of 970m, whereas the total reservoir storage capacity will be more than four billion cubic metre.

The underground power houses, located on both banks of the dam, will be equipped with six Francis turbine units each. The capacity of each turbine generator is rated at 850MW.